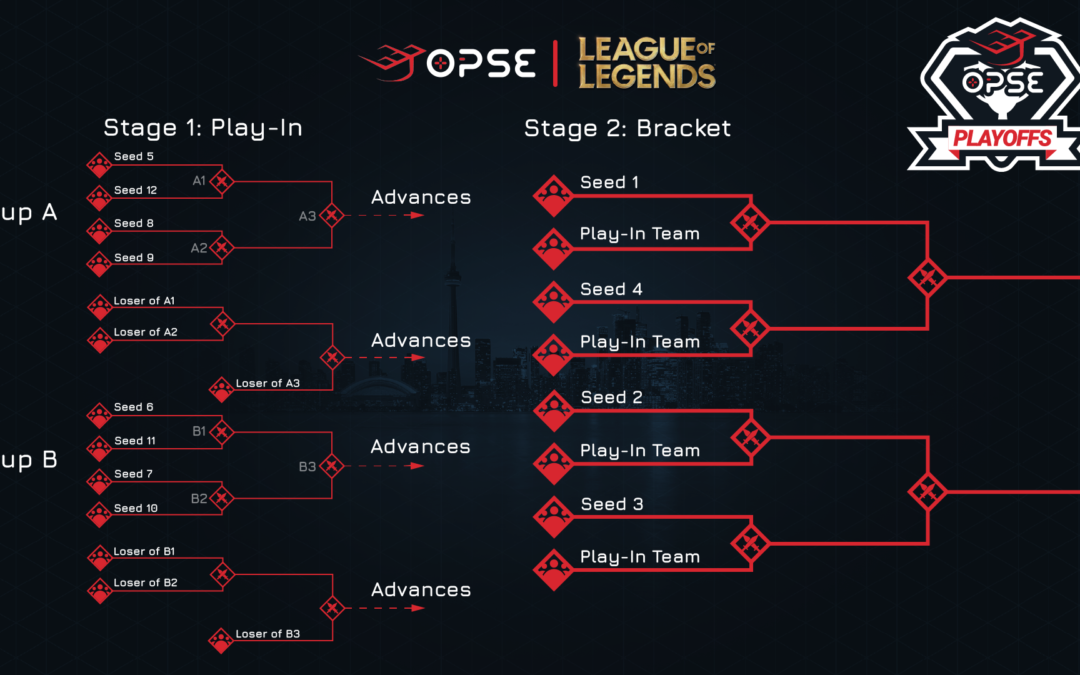 With Play-Ins on the horizon, teams will be jostling for position in the last few weeks of the season. Twelve teams fighting for their shot at the championship title, it’s time we look at how the top eight teams have fared through the first half of the season.

The Mustangs have set the golden standard for teams in OPSE this year, only dropping a single game to the St. Clair Saints. The school has been a consistent top performer in the past few years with their most notable finish coming from the 2019 League of Legends College Championship where they would finish second in North America. In the top lane, Western has spend the start of the season splitting time between Henry “Le Dawn” Kim and Tian Hang “Jayoya” Wang where both players have seen a high level of success. Daniel “Sybr” Lou has been the strongest jungler in OPSE through the first half of the season with his ability to exert oppressive cross-map pressure alongside ADC Mohammad “Links” Daud and support Daniel “SkyTec” Soetikno. In the midlane, Danny “Loyal” Qiao has been extremely consistent, always finding opportunities to find crucial engages on his Orianna, Sylas, and Azir throughout the season. The roster might also getting a massive experience boost, with the potential return of former TSM Academy jungler Winston “Winston” Herold. The Mustangs have been one of the most invigorating teams so far this season, and are poised to take the first seed going into playoffs.

Bar their loss to the Mustangs, the University of Toronto has had a sensational season, sweeping all other opponents. Easily one of the best teams in terms of invidual player rankings, William “Architecture” Zhao has constructed a very talented roster. Midlaner Jason “Deafref” Zhao has been a top preformer  in OPSE thus far, putting together sensational games on champions such as Mordekaiser, Irelia, and Kassadin. The U of T top laner, Duo “Constanth” Xu, has shown strong performances on both bruisers and split pushers which has complemented the consistent play of bot lane duo Ryan “RyanthekidRS” Siek and Charles “LittleFrosty” Lin. If the University of Toronto can continue to power their way through the second half of the season, they will be a real contender for the inaugural Ontario Championship.

The Gee-Gees have one of the hottest teams in the league right now, having won 12 of their last 13 games! Led by captain Jonas “Digitalotus” Kraft, alongside notable veterans from their 2018 roster in Kevin “XPsionicsx” Lin and James “OpenBackpack” Gilhespy, Ottawa has used their experience to dominate their opponents. The only game the Gee-Gees have dropped (outside their opening series against the Mustangs) has been the the rookie Fanshawe Falcon squad. With the additions of promising jungler Elliott “Fluxay” Barbeau and rookie sensation Michael “ChuZday” Chu, the team brings a lot of new-found energy through the top side of the map. Michael has also cemented himself as one of the strongest top laners in the league, and has yet to lose a game this season. Entering the break on a 6 match winning streak, they will look to continue their hot streak in the second half of the season but face daunting opponents in Waterloo and Toronto. If they can find some wins in those games, look for them to be a dark horse Gee-Gee contender for the title. 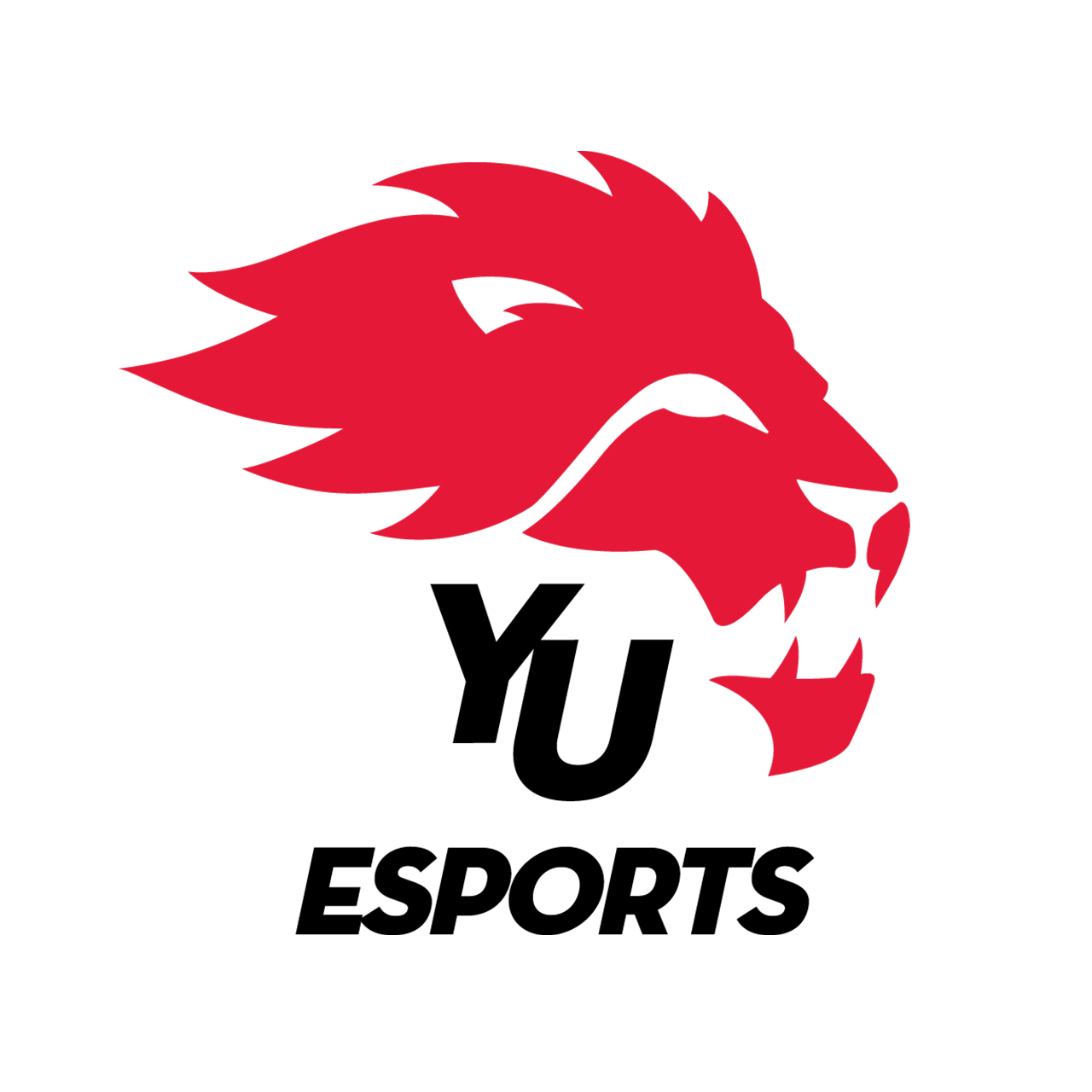 The Lions have had a very tough start to the season, playing some of the top teams in the league. Key wins against Conestoga and Carleton in the last two weeks of the first half have been huge for fans of the team. Colin “Cabstract” Cheung is the standout performer on this team, piecing together some very strong carry performances on the likes of Akali, Ekko, and Lucian. With Junhyeong “ChickenDelivery” Park putting in extreemly strong performances in the Top lane on picks such as the Shen, and support Jason “lnvent” Ji  recent play on engage supports, the Lions are one of the stronger team fighting teams in the league. With a relatively easier strength of schedule for the remainder of the season, York looks to make the leap up the standings and fight for a top 4 seed for playoffs.

Carleton has had a busy first half of the season being one of three teams to play eight games before the winter break. The Ravens have have shown that they are a force to be reckoned with – taking a big series win over Waterloo early in the season. Peter “Ptalp” Willis has shown a lot of strength in the midlane, and their bot lane of Alejandro “Never Story” Rincon and Eamon “Dirtbag” Robinson have shown up in their wins. With starting jungler Mu “m m” Zhang currently unavailable to play, Aidan “Aeken” Mackenzie has filled the gap in the jungle very well, showing his skill on some of the most impactful jungle champions, such as Hecarim and Graves. Carleton will be the underdogs this January as their next two games are against the two strongest teams in the league. If they can squeak out a win in either of those series, we could see the Ravens fly up the standings and potentially lock-in for a top 4 seed.

While the Warriors have uncharacteristically struggled in the first half of their season, this roster is still much stronger than their mediocre record portrays. The squad from Waterloo came into the break on a 3 match winning streak but dropped games to both the Gaels and Falcons during those matches. Joe “Ino1” Miao has been the star for the Warriors thus far this season, being one of the most lane dominant botlaners on OPSE. Jungler Kevin “DarkX” Cho has also had very good performances on the likes of Lillia and Graves, and top laners Christopher “50 Fury W” Ho and David “Xenobladeguy1337” Le have both been very consistent across the split. Only time will tell if the Warriors can finish strong in the regular season and use their skill to push teams to their limits in the playoffs.

The Gaels have had a very up and down season, putting them right in the middle of the pack. With their twin synergy from their mid/jungle duo of Van “PlayedNini” and Val “TripleValyard” Wishart, this Queen’s roster is looking to show up in their 5 remaining matches of the regular season. Top laner Eyad “Tanksiss” El-Khodary has been a very strong weak side toplaner, playing various tanks throughout the season to fairly consistent success. Their bot lane of Wilson “Wilson” Hammell and Sarah “Elmerulia” Tran have been very good at neutralizing their opponents. With some tough games ahead, we’ll see if the Gaels can make a late season push for better seeding heading into playoffs.

Conestoga is one of the dark horse contenders to make a run in the playoffs. The Condors have some very unique picks they like to pull out in all 3 lanes! Junbeoum “Aeolusz” Kim has played Jax, Illaoi and Nautilus in the top lane, while midlner Hyeong “qpainp” Jun Kim has brough out both the Katarina and Kassadin. In the bot lane, Ryan “1Alchemist” Walter Meyer and Brandon “Long Kai Duan” Harkness have played Viktor, Yasuo, Senna, and Syndra in the botlane. These off-meta strategies keep their opponents on their toes, and could potentially lead the Condors to some upsets over some of the top teams. We will see if Conestoga can potentially push their rookie program further up the standings in the second half of the season